Louise Bell : from the show ring to the dressage arena

Louise Bell is one of the most successful female riders in the UK. Before her meteoric rise in the international dressage world, she was top of the Working Hunter scene. Louise has been steaming her hay since she bought a HG One at the end of last year and is now addicted to it! Find out why below. 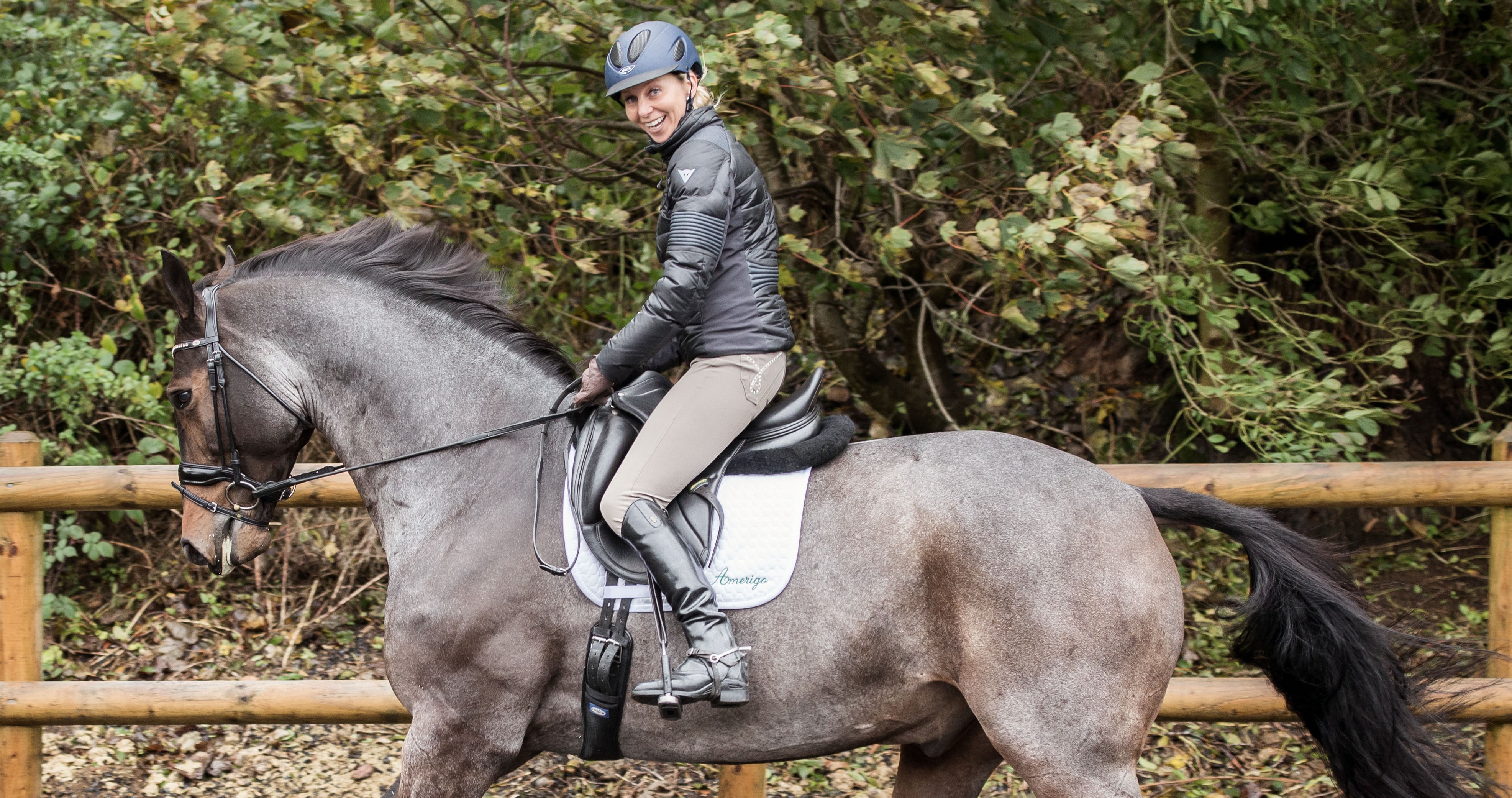 In 2005, Louise took Reserve Supreme Show Hunter Champion of the Year, riding her home bred 'Rock Star' at Horse of the Year Show and in 2008 she won the honours of the Supreme Working Hunter of the Year riding Out of Sight. Other titles include winning the Supreme Working Hunter Champion title at the Royal International Horse Show on no fewer than fifteen occasions on Into The Blue, W Get Smart, Out of Sight, Rock Star, Crest Cavalier, Cruise Control, Special Effect, and her beloved Rocky IV.

Throughout her career, Louise has also won the Supreme Working Hunter Champion title on twelve occasions at The Royal Windsor Horse Show on Out of Sight, Cruise Control, Man on Fire and Get Smart, Into the Blue and been National Working Hunter Supreme Champion eight times. 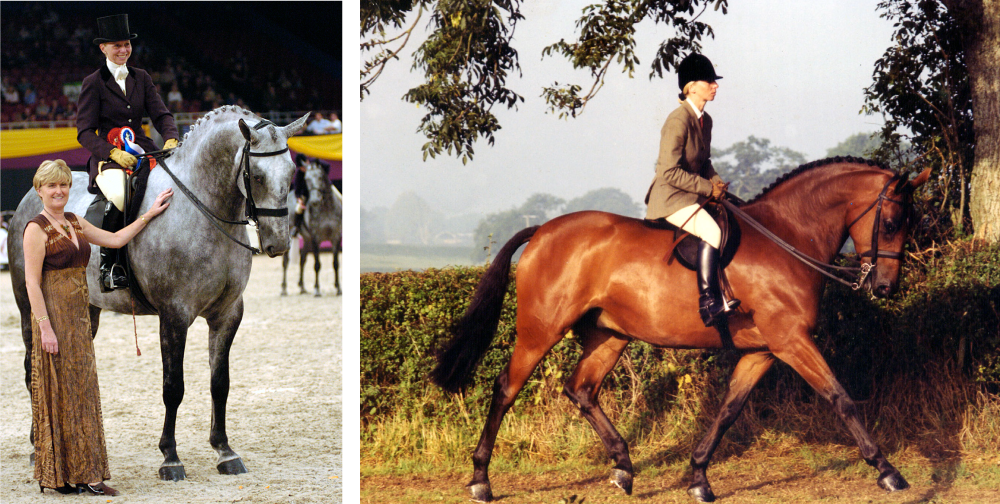 Louise first took up dressage as part of a Horse and Hound feature in 2011, for which she had three lessons with Michael Eilberg. And she was hooked from then!

In 2019 riding her former working hunter horse Into the Blue (aka Dynamo) , Louise received her Union Jack flag when she represented Britain on a team. She was the best-placed member of the British Nations Cup team in the grand prix at the Hickstead CDI in July, where she was also judging in the show ring at the Royal International Horse Show.

Louise will be championing Dynamo at Grand Prix this year and her home bred mare Skyfall, will also make her debut at Small Tour this year and is definitely one to watch for the future.

She has been steaming her hay since the end of 2019 and never goes anywhere without her HG One. Watch the video to find out why

I never leave for a competition without my HG One steamer "

It’s been a busy month for Team Bell! We were very excited to compete at the World Cup Grand Prix, VR Classics in Neumünster Germany. Dynamo “INTO THE BLUE” was extremely spooky but still incredible! We finished a pretty cool 12th place and got through to the freestyle. He was amazing in his piaffe passage work, but pretty wild through most of the rest.

The following day he was still spooking but we achieved a fantastic top ten placing. I was super proud of Dynamo just managing to contain his enthusiasm and we both absolutely loved competing. Happy horse happy rider. 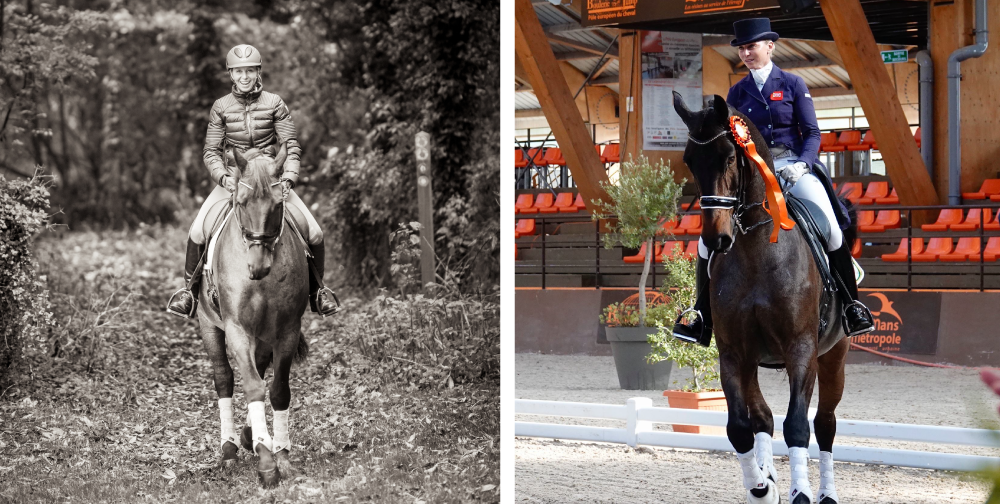 Next we were off to CSI Lier 4*, Koningshooikt, Belgium with the lovely Gareth Hughes and Spencer Wilton where it was wet and snowing. I love the arenas there so we were very excited. We had a great warm up but in the arena Dynamo had rather too much excitement to contain himself. We finished just shy of 70% with some minor squealing and cantering when he should be trotting but we’re still happy with the result. It’s all experience.

I never leave for a competition without my HG One steamer. The lightweight and compact design fits on my lorry with ease and sits neatly outside the horse’s temporary stable making feeding easy. When we travel to international shows we sometimes have to feed local hay so steaming ensures that there are no contaminants.

My horses always travel with freshly steamed hay and I take a few haynets pre-steamed as it lasts for 24 hours. They arrive at their destination hydrated, healthy and ready to compete and Dynamo eats up all his steamed hay during the show too! Haygain is an essential part of our travelling routine.

What other Champions say