The right riding surface is a critical component of equestrian sports. Those who slide their reiners, dance with their dressage horses and soar with their jumpers demand meticulously designed and researched arena bases and footing materials for their discipline, at home and in competition.

Less discussed but equally important is what horses stand on

Some lucky horses live as nature intended: outdoors with ample opportunity to move, and to do so on varied terrain. Most, however, spend much of their day confined to a stall. ComfortStall Flooring is designed to greatly improve the quality of these horses’ lives, with benefits to joint, respiratory and overall health, while boosting the odds of a good night’s sleep.

The ComfortStall surface provides a degree of cushion that reduces wear and tear on joints while requiring the horse to make tiny muscle movements to maintain balance. This “proprioception” is essential to recovery from anything from a rigorous work-out to an injury or surgery. In human medicine, joint surgery patients are typically equipped with a post-op device that keeps the joint moving to facilitate healing. ComfortStall does that for horses 24/7, boosting blood flow and reducing inflammation. 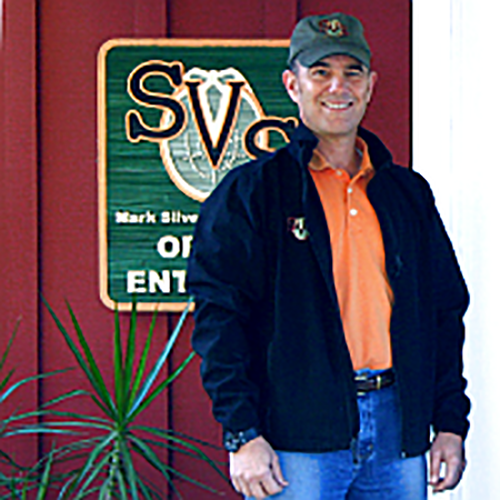 San Diego veterinarian and equine podiatry expert Mark Silverman, DVM MS, knows from his own two feet the benefit of standing on an appropriately cushioned surface. “Anytime we can control the substrate for those of us on our feet for a long time, it’s a good thing. If I’m in my shop, for example, standing on concrete versus a mat, there’s an energy vibration that goes through the entire skeleton. If you can dampen that, you dampen the concussive tendencies.”

Mark and his elite dressage trainer wife, Tiffany, stumbled upon ComfortStall when it came with a previous training facility they owned. “We had it 12 years and it had been there a long time before we got there,” he says of what was an early incarnation of the product. 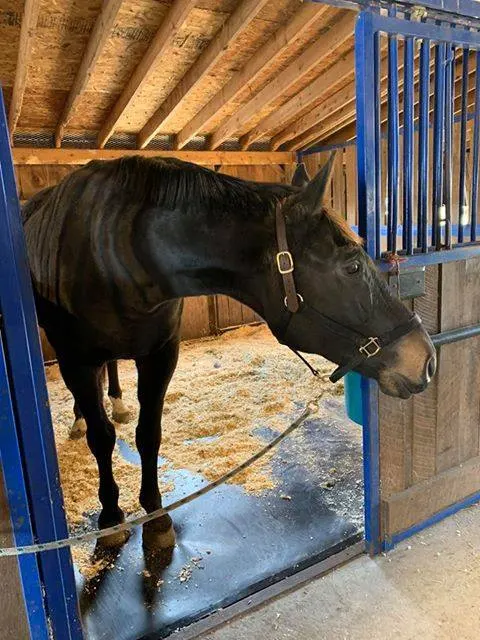 When it came time to build their own facility in Coastal San Diego, the Silvermans installed nine stalls of ComfortStall. Tiffany loves it for her dressage horses and foot sore horses that Mark treats at his Southern California Equine Podiatry Center get first dibs on any available ComfortStall stabling.

Laminitic horses and those suffering from a range of distal limb issues clearly benefit from spending their stall time on the surface, Dr. Silverman notes. The unique surface also allows the horse to load its body weight on the hoof the way it wants to, a combination of cushion and control that the highly regarded sport horse veterinarian often incorporates with Soft Ride hoof boots for some patients.

ComfortStall was developed in the United States and continues to undergo rigorous testing at one of its first installations: the Cornell University Veterinary Hospital. It was installed there over 10 years ago and continues to provide safe cushion for post-surgery patients.

While joint health and overall comfort are ComfortStall’s best-known benefits, its drastic reduction in bedding needs make it significant for respiratory health, too – for horses and their people. Along with hay, shavings and straw bedding are top culprits in poor respiratory health, including Inflammatory Airway Disease that affects an estimated 80% of the equine population. Straw bedding, in fact, was recently proved to be a dangerous source of fungi that, when present in the airways, often goes along with IAD. (To read the related study recently published in the Journal of Veterinary Internal Medicine, click here.) With ComfortStall, bedding is only required to absorb urine, resulting in bedding and labor savings that often contribute to a one-year return on investment.

Traditional stall mats have seams or are laid down with gaps between them. ComfortStall’s three-layer design includes an impermeable, flexible top cover that is sealed to the stall walls. That means no seepage of urine under the stall mats, so no accumulation of urea and ammonia off-gassing that are major respiratory risks.

Sleep research on horses is a new field, but an early study determined that the important REM (rapid eye movement) phase can only happen when the horses is lying flat because that’s when the muscles relax completely. Seeing their horses lying flat-out and fast asleep is a common observation made by stable owners after installing ComfortStall. 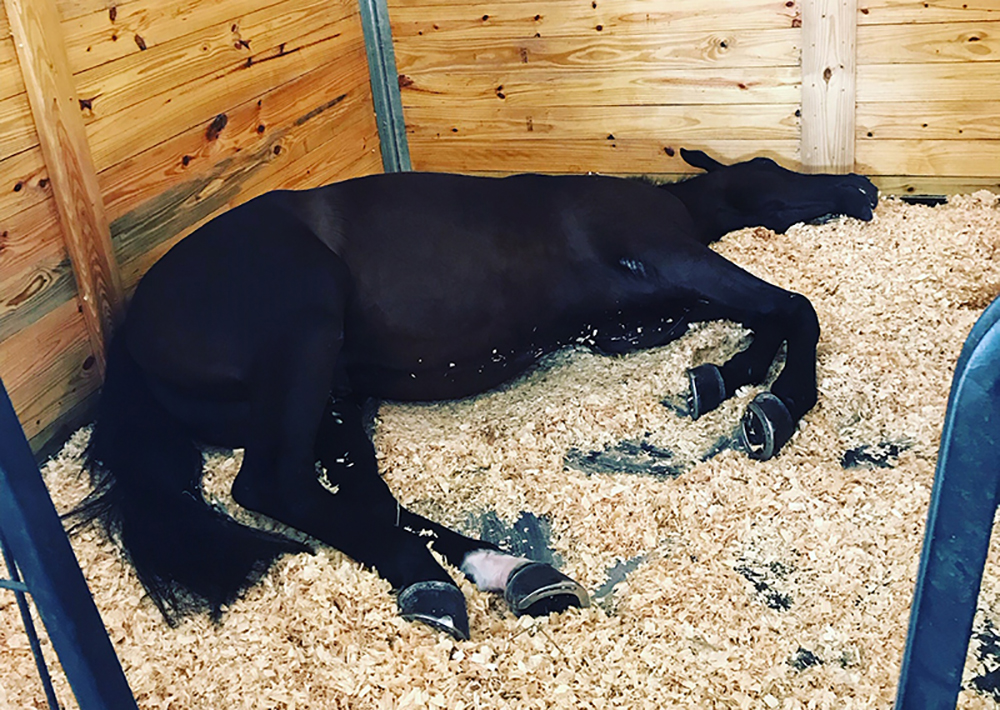 As horse care becomes ever more sophisticated, sometimes it’s the simple stuff that makes the biggest difference in their health, comfort and longevity. ComfortStall is proud to be one of the simple fixes likely to spur big and wide-ranging improvements in overall horse health.

How can Haygain's ComfortStall flooring system help your horse?

Choosing the right flooring product for you horse's stall can have a major impact on your horses respiratory and musculoskeletal condition. ComfortStall's orthopaedic flooring system allows you to use a fraction of the bedding you would normally use without sacrificing your horse comfort. This helps to improve air quality. Less bedding means less dust. Less dust equals better respiratory health for your horse!

Developed by riders, for riders, we understand the importance of a healthy stable environment for maintaining the overall well-being of the horse. ComfortStall's flooring system is recommended by many of the world’s leading riders, trainers and equine veterinarians. Find out more by clicking on one of the links below.

What other veterinarians say